On March 25th, the newspaper La Vanguardia published an article titled: Barcelona gains international attractiveness. That same day, the newspaper Ara published another article titled “Barcelona falls 14 positions in two years in the competitiveness raking”. In summary: Barcelona gains attractiveness but loses competitiveness. How can this be explained? Let us analyse the sources of each article. 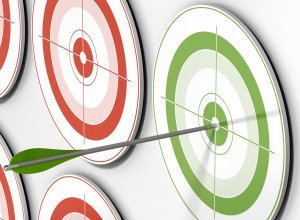 The reporter Ramon Suñé, who knows the city of Barcelona very well, highlighted in the first page of the article in La Vanguardia that the city of Barcelona has consistently improved its image in the eyes of the world. He quoted as a source the Observatorio Barcelona, a comparative annual report among large cities developed by the City Council and the Chamber of Commerce. According to this report, Barcelona continued to gain positions in international rankings, which is based on approximately thirty independent factors in six different themes: business, knowledge, tourism, sustainability and quality of life, prices and costs and labour market and training.

Barcelona appears in the “Top Ten” of the most important cities in the world in tourism and international reputation, the value of the Barcelona brand and the attractiveness of the city.

Barcelona, however, does not stand out in global competitiveness given the indicator of the labour market (16% of unemployment).  According to the study Guardian Cities Global Brand, the Barcelona brand is the third in Europe (after London and Paris) and the sixth in the world (raking led by Los Angeles and New York, and where Seoul holds the fifth position, before Barcelona).Also a report by the Reputation Institute in 2014 states that Barcelona holds the ninth position among the cities with best reputation.

As reported by foreign professionals, Barcelona is an attractive city to work in and this increases, year after year, the presence of young professionals from other countries that wish to work in Barcelona. This is one of the most important assets that we have: the ability to attract talent. Also, we have the capacity to retain the international talent that comes to our city.

We also know that Barcelona has a great touristic attractiveness. As we just mentioned, Barcelona is in the “Top Ten” of the most important cities in the world in tourism, and it is only necessary to look at the hotels and streets in the city centre to see that they are full of tourists all year long. Tourism is one of the most dynamic economic sectors in the city and it is an engine that, most likely, has prevented the crisis from being worse that it has been. However, we must ask ourselves about the “load capacity” of the urban system in the city.

Currently, Barcelona also stands out for its international-level Business schools as well as for its scientific production –this is new in relation to ten years ago- which held the 11th position in the world and 4th in Europe.

The article in La Vanguardia focused on explaining how and why Barcelona gained international attractiveness and it left for the end the information of its loss of global  competitiveness, which has fallen eight positions going from 19th to 27th over a total of 40. Madrid has also fallen two positions, going from position 17th to 19th.

Citing the same source as La Vanguardia, the newspaper Ara highlighted the loss of competitiveness of the city.  It said: “The city of Barcelona has lost 14 positions in two years in the global competitiveness ranking of the large cities of the world, according to the 2015 report by the Observatorio Barcelona developed by the Chamber of Commerce and the City Council. However, the city is improving in other indicators, especially in its expectations for the future, “smart cities” and global reputation. In the case of global competitiveness, Barcelona holds the 27th place in the ranking, although last year it held the 19th position and the year before that, the 13th position. The ranking has been developed since the year 2008 by the Japanese Mori Memorial Foundation in collaboration with different prestigious “think tanks”, who compare 40 cities in the world. This ranking is called Global Power City Index and it is based on 70 indicators organized in six categories”.

The aspect where Barcelona performed the worst was in the environment indicator, on which in 2014 it held the 31st place when in 2013 it held the 19th position and in 2012 it had managed to be in a quite high position, 12th place.

Using the same source, the Observatorio Barcelona at the Chamber of Commerce and the City Council, we can draw two conclusions:

b)     Barcelona lost competitiveness especially in the economic categories (we only have two cities below us), R&D (drop from position 33 to 40) and the labour market (the highest unemployment level).

Focusing on the second conclusion, on the loss of competitiveness of Barcelona, when we see that Barcelona is one of the last cities in R&D, the following paradox is made clear: How is it possible to stand out in scientific production (Catalonia produces ten times more than what it should based on population and Barcelona, as we have seen before, in 2014 held the 11th place  in this factor at a global level and 4th in Europe) and at the same time be the last ones in R&D?. The possible answer is found in the fact that the Catalan scientific research centres are mostly financed with funds from abroad, specially form the European Union. As it was said by Luis Torné, director at ICFO, this means that the funded centres carry out the research that interests entities and companies that provide the resources and that, therefore, they do not carry out the research of interest to the companies within the country.

If we continue with this analysis of the competitiveness factors, we see that  if we are not doing well in R&D, we are doing even worse in our innovative capacity. According to the report of the EU “Innovation Scoreboard 2014” (IUS 2014) about innovation in the EU, Catalonia loses its position in the innovative potential ranking. The same report also states that Spain has slightly lowered its innovative performance, which results in going from position 16th to 17th in the European classification, which places it among the “moderately innovative” countries.

The report, published last year by the European Union, points out that in spite of the fact that Europe has advanced in innovation and is recovering from its delay with respect to the United States and Japan, the differences between its member States are still large. The IUS report uses a group of 25 indicators classified in various dimensions: human resources, research systems, finances and support, patents, company investment, entrepreneurship, etc. With these indicators, a general index is calculated which is used to generate the raking among the member states of the EU, which are then classified in four groups. The “excellent” innovative states are in the first group. The second group is formed by the “followers”. Catalonia was in this second group until the last report.

The EU publishes a second report dedicated to the regions. The Regional Innovation Scoreboard 2014 only includes two Spanish communities-the Basque Country and Navarra- in the “notable innovators” or “followers” group. Catalonia and Madrid have lost their leading positions, above the European average, and now form part of the regions with moderate innovation, below the average. We are now positioned in the third group.

I think that this is the real cause that explains how we can gain attractiveness, but also lose competitiveness. Out of the deep analysis of the 25 variables in the IUS 2014 report, a diagnosis adjusted to the reality of the country should be made, which will allow us to end the current situation. We will insist in the next articles. The debate is open.