We have devoted some articles to knowledge economy without going too deeply into this concept. In this article and in the following three we will discuss three reference models related to the knowledge-based economy. There are three theories that we will develop in later articles: the triple helix (now quadruple), the theory of the three T and the theory of clusters. The latter will be discussed in two articles: in the 45th, in which we will present the theory and in the 46th in which we will apply it to urban clusters. 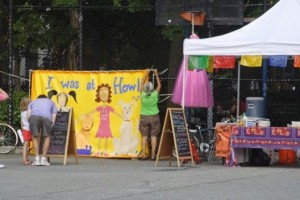 According to this model, originally developed by Professor Henry Etzkowitz at the University of Cambridge in 1966 and subsequently developed by different authors, innovation in a knowledge-based economy is produced by the interaction between science and technology, business and government. This model emphasizes the interfaces between two or more organizations of the elements of the triple helix, helping each other to stimulate the exchange.

This exchange between the elements of the triple helix is performed at different levels. Firstly, an internal transformation within each of the three helices, that generates cooperative relations, for instance between companies through strategic alliances or joint actions between universities. Also with cooperation programs between different levels of government.

Secondly, each of the helices influences the behavior of the others. For example, public policies promoting clusters can support the establishment and development of enterprise groups and encourage their cooperation. The joint participation of companies and universities in a technology center or a science park affects the behavior of both parties. Also, the creation of organizations promoting clusters with participation of the three helices promotes collaboration between the parties.

The relations between university-industry-government and public administration have evolved over recent years, with notable differences between countries. In general, it has gradually evolved from bilateral relationship between government-universities, academia-industry and government-industry to triangular relations between the three parties, especially at regional and local level, where personal relationships can encourage this greater interaction. We understand industry as “new industry” formed by a cluster of closely interrelated industrial production and services.

Thus, in different countries there are emerging forms of triangular cooperation between academia-business-government with different legal and organizational formulas but with the common goal of stimulating the development of the knowledge-based economy. Economic development strategies based solely on direct promotion of traditional industrial sectors are progressively replaced by new strategies for economic development based on knowledge in which the three parts of the triple helix are involved.

In turn, three way cooperative actions between rigidly separate institutional spheres are evolving towards flexible formulas in which the three parties overlap. In this case, each party is assuming functions traditionally assigned to the other party. For example, universities promoting the creation of new businesses through entrepreneurship programs and incubation services. Some large companies exert educational functions through its training centers or creating corporate universities. Or the government creating venture capital funds through entrepreneurship programs or activities or promotes collaborative R&D between companies, universities and public laboratories.

The development of the innovation model based on the triple helix has had various practical formulations in recent years. In some cases, “bottom-up” interactions between individuals and organizations have organically occurred. This would be the common case in the US. In other cases, “top-down” interactions have been promoted by public policies – the European case. In practice, we can observe intermediate models, as a result of the social and local and regional institutions dynamics.

It is at regional level where a greater creation of spaces of knowledge dynamic is usually generated, based on the triple helix, perhaps because it is in this area where it is easier to get the necessary consensus between the parties due to the greater knowledge based public-private collaboration and mutual trust. Moreover, at regional level, state-regional-local collaborations are facilitated, both in government and in the business helix. In the university’s helix case, the initiative corresponds to each university in the territory considered.

Regional economic development promoting agents have gone from policies based on creating “favorable climate for economic development” and subsidies to enterprises, to creating favorable conditions for the development of knowledge-based economy environments. These new policies include the creation of spaces of knowledge or the concentration of related R&D in a given local area. Some authors distinguish three stages in the creation of these creative spaces.

The first stage is known as creative space. It is the concentration of R&D capabilities in different areas of the territory by specialties or areas of knowledge. Its aim is not to create wealth, at least in the short term. Some of the science parks created in Spain in recent years respond to this first stage.

The second stage is known as consensus space. The second stage is all about trying to transform these spaces from creative spaces with potential for economic development to areas where this development is real. By creating places where people from different organizations and cultures work together, in order to generate new initiatives and innovative ideas. The Science Park of the University of Barcelona (UB), promoted by former rector Dr. Màrius Rubiralta, was one of the pioneers of this type of spaces in Spain.

The third stage is the creation of spaces for innovation, representing a more advanced stage of consensus, with an organizational level that allows further development of the knowledge-based economy. In this case, to the presence of the elements of the triple helix, the participation of other private operators such as venture capital companies that act directly on wealth creation is added. The innovation space represents a more complex and more integrated setting in the creation of an appropriate environment for the development of the knowledge-based economy. An example of this model today in Spain would be the “Parque Barcelona Media” promoted by UPF (Pompeu Fabra University) and other agents of the triple helix, located in the 22@ district in Barcelona.

At the international level, we can find areas of innovation in the MIT campus, with influence throughout the urban area of Boston, or Silicon Valley and Stanford University in California.

In recent years, to the former triple helix a fourth helix has been added so that today we often talk about the quadruple helix model. The fourth helix refers to the civil society, that should play an important role in shaping and implementing public policies of economic development based on knowledge.